It was midnight and they were sitting inside a car near the seashore .

Both were lost in deep thoughts .

He suddenly turned off the air conditioner in the car and lowered the glasses . They could hear sounds of the waves crashing , the echoing sound effects of insects , frogs croaking , leaves rustling above all they were spellbound watching the Moon spread it’s light through the darkness.

“Do you think we’ll be okay?” She asked this in a gentle tone, as her glass-like eyes stared up at him as if he had the perfect answer.

“I think we’ll end up where we’re supposed to be.” He replied after a long hesitation, as if trying to find the perfect answer he knew she was expecting, depending on or maybe he was trying to find his own voice.

His voice cracked , she saw his eyes filled with tears for the first time , he tried to talk but then finally he cried holding both my hands against his chest. He spoke after few minutes , “I really love you a lot but I don’t know what to do about it now . We would definitely be together in next life and I Promise you that “.

She didn’t know how to console him because what they wanted was something impossible . So she just held him and comforted . He then leaned towards her and laid on her lap . All he asked her was to forgive him . But she wouldn’t reply , instead she would just look at him with a blank look in her eyes .

He watched the coconut trees in the dim distance, their long, dark green branches, shining in the moonlight , stretching out and hanging over, as if exhausted.

She could tell he was exhausted… exhausted of relentlessly trying to fight the odds and to find hope.

She wanted to forgive. She tried to forgive, but she just couldn’t because she didn’t want it to look like a mistake and she just wanted him to try , try to sort out things by putting in all he had .

Suddenly a wave of acceptance washed over her; this was not meant to be; maybe it was, but it no longer is and what or who was meant for the two was waiting beyond unfamiliar change .

She couldn’t bear the way he was suffering , the way he stood helpless , they way he wanted to stay but had to leave , the way he ached for freedom ,the way he wanted everything to fall in its place when everything was falling apart . She was so much drunk in love that night . She just got down the car and walked away just because she loved him and didn’t want him to suffer .

Unfamiliar change was waiting for them both to understand. 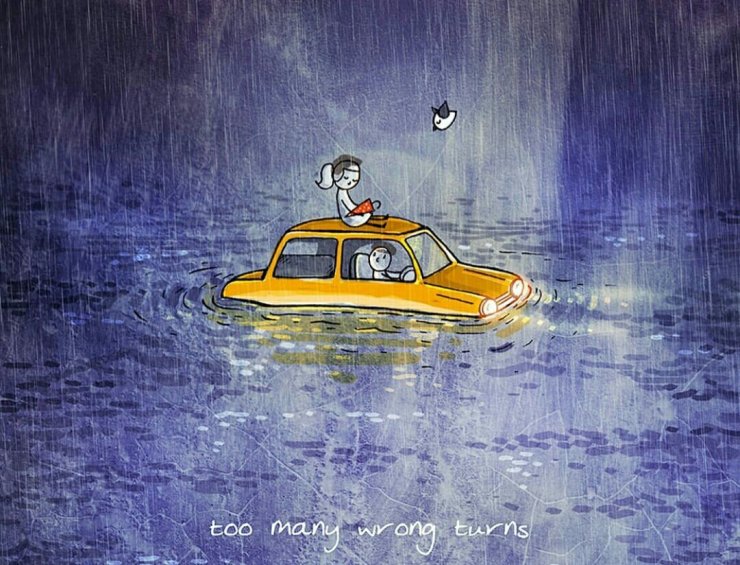