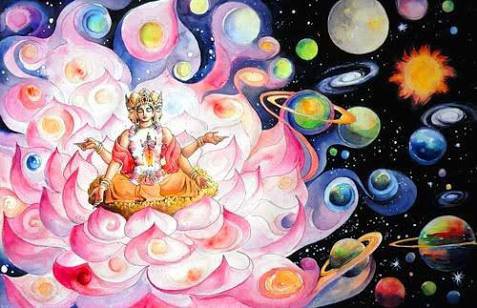 Rama returned to Ayodhya, from exile, alongwith Seeta and Laxmana, and people hoisted Gudhi’s outside their houses to welcome them.

Shalivahan defeated the Huns and returned to Paithan, his capital.

As it is considered an auspicious day, (one mauhurat amongst the 3 and a half auspicious mahurats), it is said thatShivaji along with his Mavlas began his conquest for a Hindavi Swaraj.

Today, I want to talk about Shalivahan, the great Satvahan King. A few thousand years back, after Gazni had invaded and looted and plundered India, the Huns entered India. They were just interested in two things. Women and Gold. They were considered amongst the most uncivilized people, then. They faced no or little resistance when they entered India and so entered deeper and deeper and reached Central India.Here they faced the first big resistance. It was from none other than the Satvahan King Shalivahan. He invigorated his soldiers and forced the Huns back to their country. He emerged victorious and returned back to Paithan. People welcomed him by hoisting Gudi’s outside their houses.

(There is another version of historical events, wherein it is said that Shalivahan defeated the mighty Vikramaditya and returned to Paithan. I leave upto my reader to decide his/her own version)

But the question which comes to everyone’s mind is that every king, to expand his kingdom attacks another kingdom, and one of them would surely emerge victorious. So what is so big that an entire calendar was started in Shalivahan’s name?

As I said above, that Shalivahan defeated the Huns. The folklore says that the people of his kingdom had heard about the exploits of the Huns and were not ready to fight them, fearing their ferocity. Shalivahan, then made these mud doll soldiers (mud dolls made into soldiers) and brought them to life and led them into the war to defeat the Huns.

Now this sounds mythological and against scientific temperament. And I agree.We need to understand our history with a right perspective. The people were not ready to fight. They were mentally not prepared to fight. They had become doll like, just did their routine work and tried to live happily. They didn’t want any problems in their lives. Shalivahan toured his Kingdom, talked to his people and motivated them to lift up arms to defend their motherland. The people trusted their King and his will to defeat the enemies. So they with this new found vigour fought against the Huns and emerged victorious. The citizens of Paithan welcomed their brave King by hoisting Gudhi’s outside their houses. 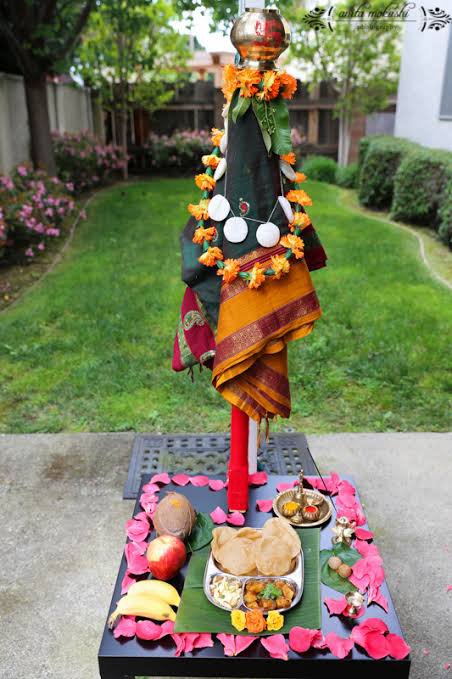 The Gudhi signifies Brahmadwaj. Sometimes it is also referred to as Indradhwaj. Gudhi is a bright colorful silk scarf-like cloth tied at the top of a long bamboo. On top of it, one or more boughs of neem leaves and mango leaves are attached along with a garland of flowers. This arrangement is capped with a silver, bronze or copper pot (handi or kalash) signifying victory or achievement. The whole arrangement is hoisted outside each household, typically to the right, or through a window or terrace and will be visible to everyone passing by. Gudhi is believed to ward off evil, invite prosperity and good luck into the house.

The delicacies cooked at home on this day is just the one which blends with the season of Spring. And we all wait to just get back him to nourish them 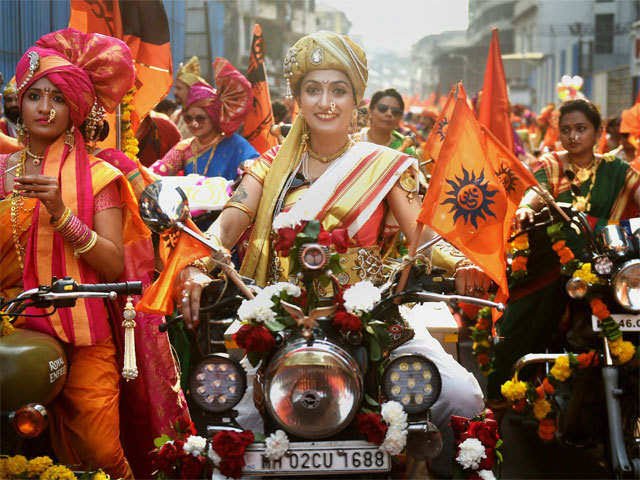 Also should mention that from a last few years, a large Shobhayatra welcoming the new year is held in the different parts of Mumbai. The one held in Girgaon, in the heart of old Mumbai, has it’s own importance. The ladies driving their bikes in the Nau Vaari’s (nine yard sarees), the kids dressed up as Shivaji, the creative and imaginative youth in different outfits, various floats depicting the great characters of India or events that have occurred in India. The traditional Tasha and Dhol and also the various indigenous people living in and around Mumbai joining in their own get up, increases the aura of the occasion and day. Will always advise people to visit Girgaon on this day. One feels proud to be a part of such a grand celebration or atleast being a spectator to it. But the same time and in the same breath I would like to remind you all folks that’s it’s our Indian festival, let’s not westernise it. And also let’s not forget our history behind celebrating this festival.

Again at the end wishing everyone of you a very Happy New Year.