They had landed the fridge in a little clearing facing a forest with trees not unlike those they had on Proxima. The only difference was that they were brownish green rather than yellow like at home. They also had detected a very dens atmosphere with a lot of oxygen and carbon dioxide. This was not a problem for them they just didn’t need it.

At Proxima they had had a similar atmosphere in prehistoric times. In that atmosphere the life had developed and Gaia had inseminated that atmosphere with intelligence. Strong stellar activities had however more or less destroyed all of it. In an interim period the Avatars started to fuel on space energy that is available all over the universe. Trees an plants had also been trained to use that energy however still the little atmosphere of oxygen and carbon dioxide that was left in the caves was necessary for them to flourish. This is why the colour of the leaves had changed to yellow. Aka, Know and You however didn’t know much about these historic facts, they were just pleased, that they found a rather similar environment like at home.

Equipped with various tools and analysing gear they set of on their adventure. Through low growing bramble bushes and over criss cross trunks and branches they arrived at a spot with a strange symbol:

This symbol looked very much like the symbol in the old moving image they had received from earth. So it was likely, that there was still something strange going on on planet Earth.

Full of premonition they continued their tour through a very light forest. 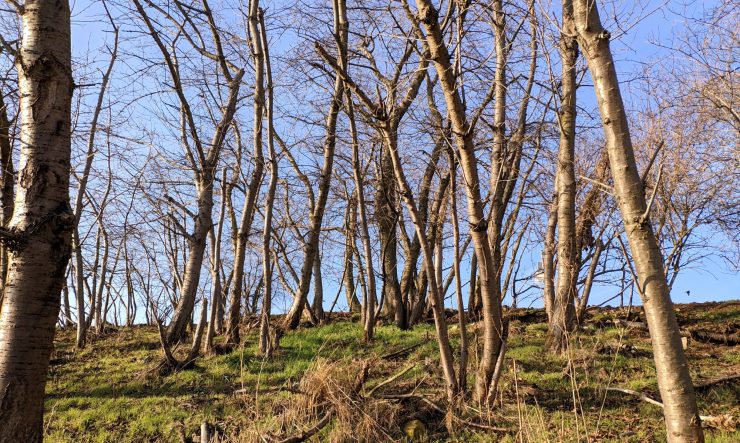 It was very strange, that they found no indication of life whatsoever let alone intelligent life. Nevertheless they were determined to find the secret of the planet and the whereabouts of the landing rover. Back into the denser forest they ventured and arrived at a spot where water had gathered in a shallow. Here they decided to camp. 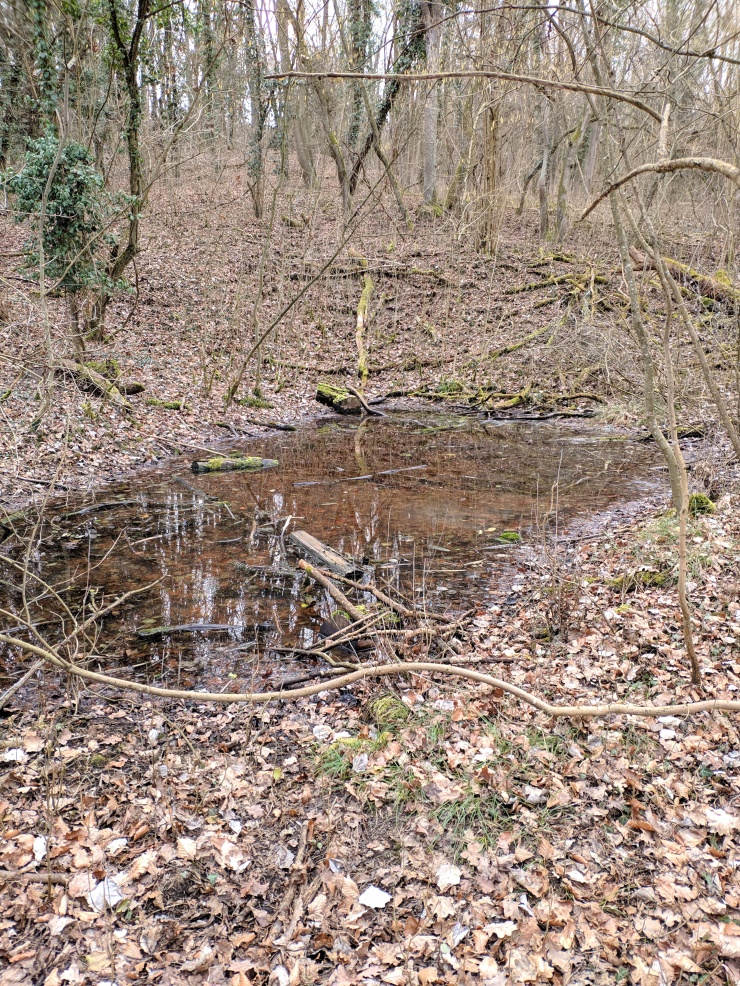