Zipline operates the world’s only drone delivery system at national scale to send urgent medicines, such as blood and vaccines, to those in need – no matter where they live.

More than two billion people lack adequate access to essential medical products, such as blood and vaccines, medications due to challenging terrain and gaps in infrastructure.

Zipline improves access to these supplies by flying over impassable mountains and washed-out roads, delivering directly to remote clinics. We centralize supply and provide on-demand deliveries, completely reducing waste and stock-outs.
Zipline provides a seamless delivery system at an affordable price, obsessing over every detail, so you can focus on patient health.

Amazon, Google, Walmart and others are experimenting with delivery drones, but Zipline is in business with the the diminutive aircraft already today, delivering blood from a drone launch base to hospitals in Rwanda. It’s almost done with a second launch site in Rwanda, it’s expanding to deliver vaccines and medicines, and it’s begun work to enable Tanzania operations, too.
Rwanda, an early commercial test of unmanned aerial vehicles cuts a medical facility’s time to procure blood from 4 hours to 15 minutes.
You can hear the drone before it’s visible, whining like a mosquito above the hillside grounds of Rwanda’s Kabgayi District Hospital. Emerging through a patch of fog, roughly 100 feet in the air, the small plane quickly disappears again, circling in an oblong pattern as it descends toward an altitude low enough to make its drop. After a period of silence, it’s suddenly back, swooping over the roof of Kabgayi’s accident ward to drop its payload on the driveway with a thud. On the ground lies a red cardboard container, roughly the size of a shoebox, attached to a parachute made of wax paper and biodegradable tape.
Rwanda saw an opportunity to use Zipline to deliver blood products to 21 transfusing facilities. Together, they launched the world’s first drone Hospitals used to take multiple hours to pick up blood at a regional center.Now blood is delivered directly to the facility in less than 30 minutes.Ultimately, Rwanda’s vision is to put all 12 million citizens within 30 minutes of any essential medical products 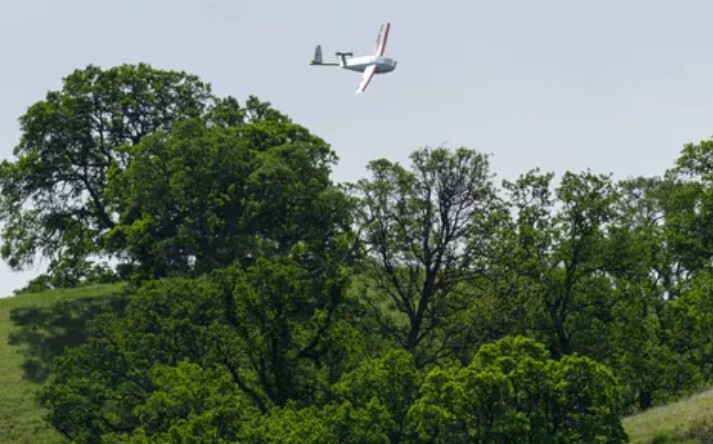 The delivery drones can deliver medical supplies quickly up to 50 miles away when roads are flooded or clinics are on an island. That’s why Zipline founder and engineering chief Keenan Wyrobek thinks the drones will come to the US, too
Its drones can integrate with the existing air traffic control systems. And although today they follow preset courses and don’t have the ability to avoid things like aircraft or birds on their own, Zipline is working on adding those smarts
How Zipline drones works
Zipline’s drones may look like airplanes, but they don’t need runways.Each drone is a lightweight plane built of modular components that can be swapped out — for example, the wing snaps off, and the motors that operate the flaps are designed so parts of the tail assembly can easily be changed in the field. The design is simpler, too, with just a few screws instead of 80.
One battery pack charges while another is powering a flight. It takes about 2.5 batteries per plane to operate at 500 flights a day, with each flight lasting for up to 45 minutes.

Parachute drone drop
The payload itself can weigh about 4 pounds. It fits into a compartment about the size of a cake box on the belly of the drone, packed in by hand with a wax-paper parachute.
The drone can drop it onto a patch of land about the size of two parking spaces, though Zipline hopes to improve to about half that, Wyrobek said. The drone’s air sensors gauge wind speed and direction so the little aircraft can compensate and drop the package more accurately.

The parachute itself slows the package as it falls, but not that much. The payload is cushioned. Indeed, the company is focused solely on medical supplies at this stage — blood to start, and vaccines and prescription medicines next. Blood only goes to hospitals, but the other products will expand Zipline’s delivery services to clinics, too.

Blood in particular has a short shelf life, and there’s rarely enough on hand. Zipline cuts waste that can plague blood delivery even in countries with developed roads. “We’ve virtually eliminated blood wastage,” Wyrobek said. In Rwanda, only three deliveries out of 7,000 were wasted, he said. Currently the focus is also made on transporting organs in drones which could save many lives in the Endstage diseases..

5 thoughts on “It’s a Bird! It’s a Plane! No, It’s Superman! The Superman of Future Medical Field- ZIPLINE!”