Hey everyone! I’m back again with another recipe for stress relief.

If you don’t know, rosemary is a beautiful, aromatic herb that thrives in summer. It’s characterized by its strong, charming fragrance and needle-like green leaves and, when in bloom, little blue flowers. Most of you will probably recognize it as a prominent feature in most spice cabinets, but besides being used for cooking, rosemary’s fragrance alone enhances memory, eases anxiety, lifts the mood, and relieves stress in general. For this reason, it’s often sold in essential oil form and is also used to make tea. In addition, rosemary is highly sought after for its detoxification and circulatory benefits. In other words, it helps promote hair growth, a glowing, blemish-free complexion, and some studies even show connections with liver detoxification, though I haven’t personally been in a position to experience the latter benefit.

Unfortunately, making essential oils requires the use of a distillery, which isn’t something most people have access to or know how to use. However, though the outcome will be less concentrated/potent, by making an infused oil, we can still extract all goodness from rosemary and use it to our benefit!

There are a few different methods for making rosemary oil, but in this post I’m going to focus on the stovetop heating method. It’s very simple, and the whole process will take just over an hour!

*to use dry rosemary, cut the recipe in half. 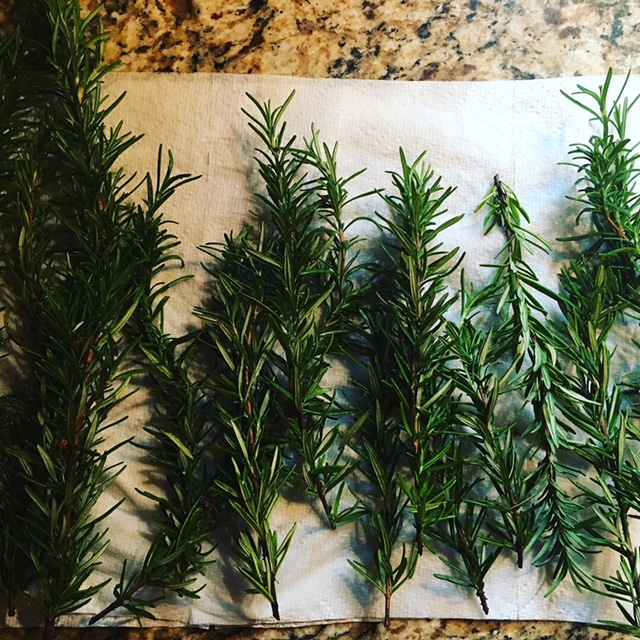 Step One: Preparing the Rosemary

Go ahead and cut some sprigs from your plant, if it’s big enough and if indeed you have one. If not, you can always buy some.

First of all, I want to say that this isn’t an exact science. You need only make as much of this as you want to! However much oil you use is how much product you’ll gain, and you only need enough oil to cover the rosemary. Compare this to the measurements I gave you and decide what you want to do.

Moving on – once you’ve gathered and weighed the right amount of rosemary, you’ll need  separate the leaves from the stem. They come away fairly easy, so just run your fingers down the stem and let peel off. 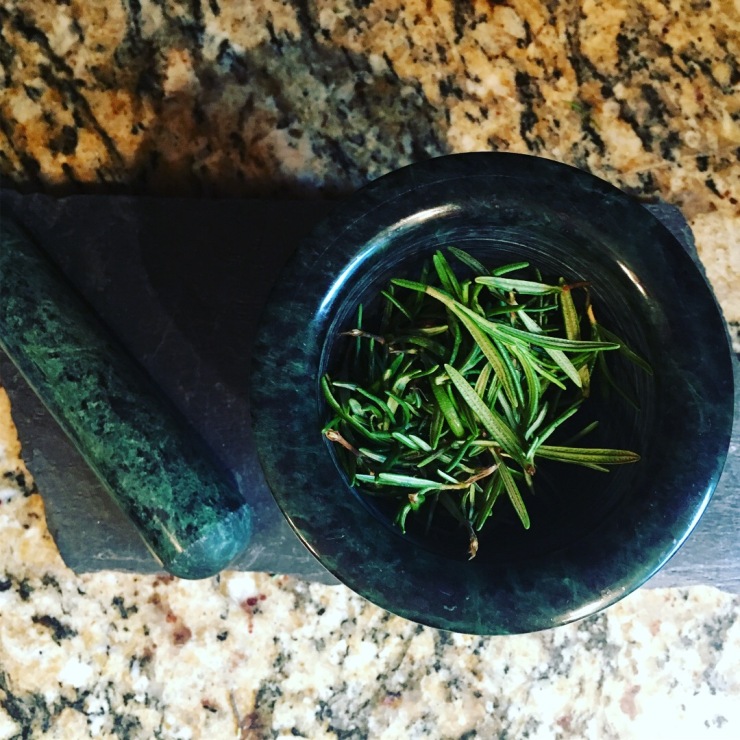 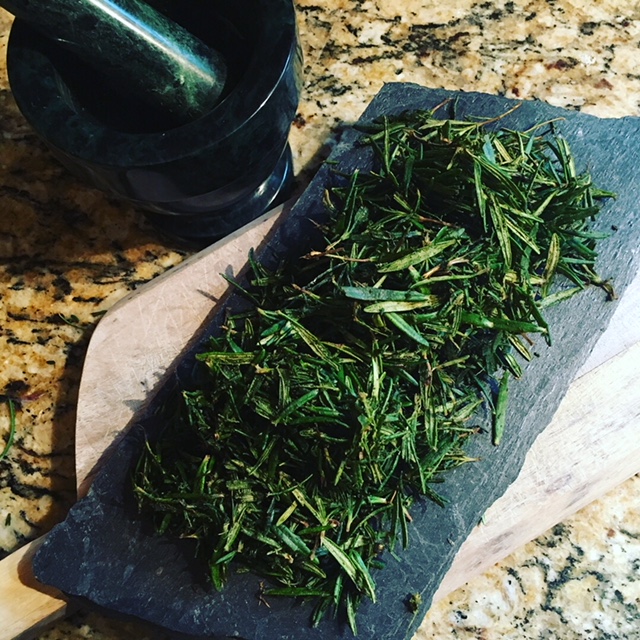 Now place the crushed rosemary leaves in the pot and cover them with oil. Keep the heat on low and check the temperature very often, especially if you know you’ve got a finicky stove (I do. It’s a tragedy). Keep it under 200 degrees fahrenheit at all times. If you see the oil start to bubble around the leaves, you’ve got it too hot.  Let it steep for one hour, making sure to stir it and constantly check the temperature. 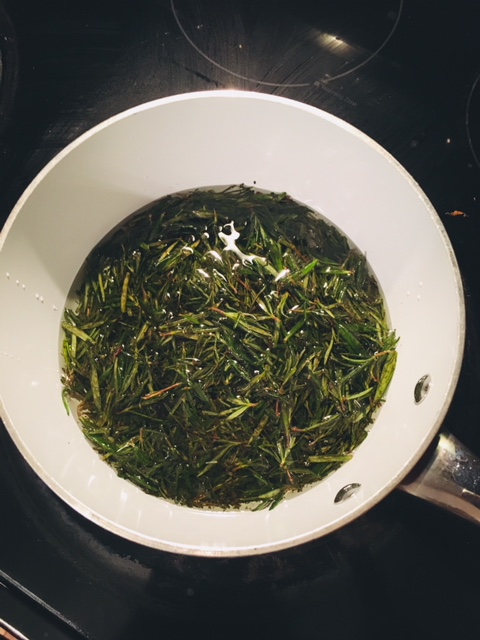 After an hour, let the mixture sit and cool for a little while, about twenty to thirty minutes. When it’s cool enough, just strain out the leaves, bottle it up and you’re good to go! 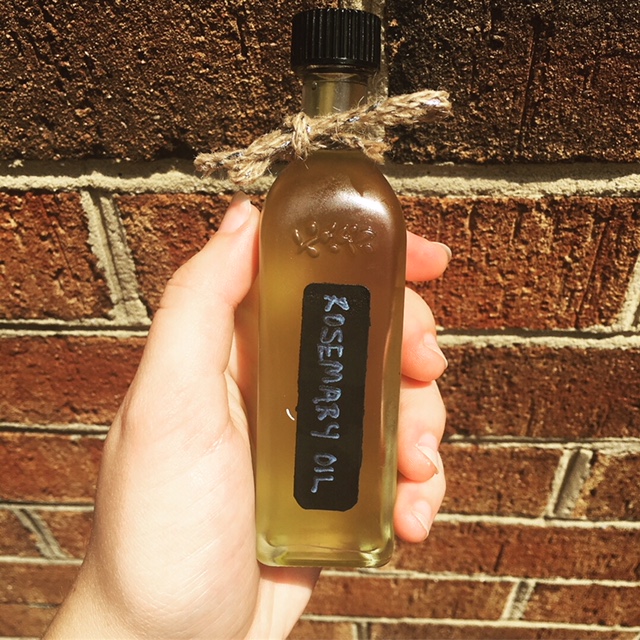 Voila! Now you can use it however you like. I love to rub the oil into my scalp and sleep with it in; it promotes hair growth and after your morning shower your hair will be shiny and soft. Not to mention, it smells lovely.

6 thoughts on “How to Make Infused Rosemary Oil”